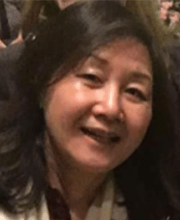 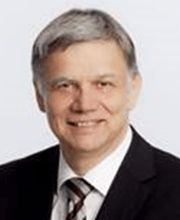 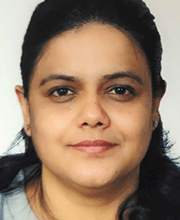 Head of R&D at Soujanya Color 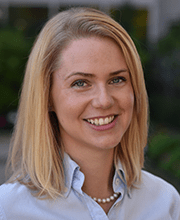 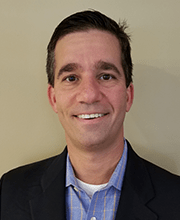 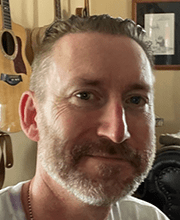 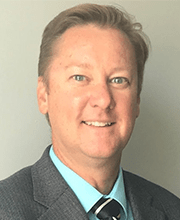 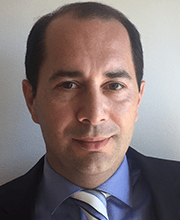 Wei Joined EMD Electronics as Technical Marketing Manager. She started her career in the coatings industry at Red Spot Paint and Varnishes as a R&D Chemist. She then moved into applications and technical service area as the raw material suppliers in polymer resin at Reichhold. She spent the past 20 years in the effect pigments industry with various responsibilities at BASF and Ciba.

Having joined Iluka on February 1, 2014, Mr. Gibney is focused on developing Iluka’s TiO2
feedstock sale strategies along with increasing the TiO2 expertise within the company.

Dr. Adalbert Huber received his degree in chemistry and PhD from the University Of Stuttgart, Germany. He started at Degussa in 1988 as a research chemist for printing inks.
Since 1990 he worked in leading positions in application technology for automotive glass decoration and ceramic decoration with precious metal and high temperature pigments.
He joined Merck KGaA in 1997 as head of application technology for pearlescent pigments. Later he was responsible for the Business field Coatings.

He joined Schlenk in 2014 as Head of R&D, where he focused the research on the combination of metal and pearlescent effect pigments. Adalbert Huber is currently also member of the board of the Forschungsgesellschaft Pigment und Lacke.

Head of R&D at Soujanya Color

Dr. Karin Tynelius holds a MS and a PhD in Metallurgy and Materials Engineering. She is the Director of Mineral Markets and provides consultancy, training and market intelligence on titanium-dioxide (TiO2) and the mineral sands industry. She has 30+ years of experience in the metals and mining industry and was in charge of the market research for TiZir until 2018.

Karin also holds a Director’s Certificate (IDP-C) from INSEAD and is a Non-Executive Director of Keliber.

Frank J. Mitsch is a Senior Managing Director at Fermium Research, having co-founded the company in 2018 following 7+ years at Wells Fargo Securities, where he was a Managing Director and Senior Chemicals Equity Research Analyst. He has covered the chemicals industry as an equity analyst for more than 20 years, beginning his Wall Street career with Merrill Lynch.

He’s a member of the 2017 and 2018 Institutional Investor’s All-America Research Team, and received the Top Gun designation from Brendan Wood Intl. In its World’s Top Analysts survey, the Financial Times/StarMine twice ranked him No. 1 for estimate accuracy, and he has been named a top three earnings estimator in his industry in seven out of the last ten years. Frank has also been named four times in The Wall Street Journal’s Best on the Street analyst survey for stock selection.

Prior to WFS, Frank followed the chemicals sector on Wall Street for 15 years, most recently with BB&T Capital Markets. Earlier in his career, he worked for 11 years in the chemical industry with consultancy Kline & Company, and Betz Laboratories, including two years in Europe. Frank received his undergraduate degree in Chemical Engineering from the Stevens Institute of Technology, where he was a midfielder on the record-setting lacrosse team. He holds an MBA with a concentration in finance from MSU, and a Ph.D in the New York Jets.

Andre Bendo is a Technical Industry Manager, Senior Expert for Automotive Coatings with Sun Chemical. Based in Philadelphia, he has over 28 years of experience related to pigments and coating applications. Andre has gained an interesting perspective on pigments through a variety of positions in Research & Development, Quality, Production, Marketing, Business Development and Technical Service. Currently focused on pigments for automotive, he actively supports new industry developments including autonomous vehicles. Andre holds a Bachelor of Science degree in Chemical Engineering from the University of Delaware (USA).

Jeff McNaught is a Color Development Chemist with PPG Industries. His 27 year career has spanned field service, manufacturing process improvement, quality control and color development for Automotive OEM. A focus on process improvement initiatives have been a common theme running across all rolls. At the end of 2019 PPG’s Global Color team began looking at new ways of communicating color digitally. These new processes took on more urgency with the onset of 2020’s broad new adoption of remote working. PPG’s 2020 Color Show was the first to be delivered in an entirely remote and digital format.

Jeff’s roll in digital color communication has been learning and leveraging digital program capabilities, digital object design and implementation from physical to digital worlds. His skills in Illustration, graphic design and woodworking aid development of communication materials across business units.

After graduating in Chemistry & Economics from Birmingham University, Reg Adams began his career at Amalgamated Metal and was later seconded to English China Clays (now Imerys), where he wrote his MBA thesis on company growth. At British Sulphur (now CRU) during the 1970s, he edited a range of publications on industrial chemicals and fertiliser raw materials. His first book Titanium & Titanium Dioxide (ISBN 0903199793) was published by Financial Times Business Books in May 1984. His seventh and most recent book Titanium Minerals: Global Industry, Market & Outlook (ISBN 9781910922088) was published by Roskill in August 2016. Reg Adams has also been retained as an expert witness in matters of commercial litigation or investment scrutiny and he has been commissioned as a speaker at more than 60 international conferences, including each of the TiO2 conferences hosted by Smithers (and predecessor companies) since 1992. He has also chaired a number of conference sessions. His company - Artikol (founded in 1977) - specialises in market intelligence and publishing on mining and chemicals. Drawing on Artikol’s extensive information database, Reg Adams compiles and edits the monthly bulletin Focus on Pigments and the quarterly TiO2 Worldwide Update. For further details, see http://www.artikol.com.

Nick has been with P&G for over 21 years in R&D roles spread across the Laundry and Baby Care businesses. In those roles, he has played a critical role in developing new technologies and formulation approaches for the Liquid Laundry Business and more recently has been Baby Care's lead technologist in understanding print and ink applications used for diaper graphics printing. Nick graduated from Xavier University in Cincinnati, OH with a BS in Chemistry, and resides in Cincinnati.

Christian Straka is since 2018 the lead for setting up Gabriel-Chemie sales in the Americas. Best known for bringing over 20 years of international industry and extrusion business experiences with him, he can recall on a vast solution base. Christian is Austrian born, a digital native, holding a degree in business administration and electronics, had worked in both large and small companies to build and execute global plans in commercial and industrial sectors. At Gabriel-Chemie, he inspires and empowers existing and new customers to create real results for their business.